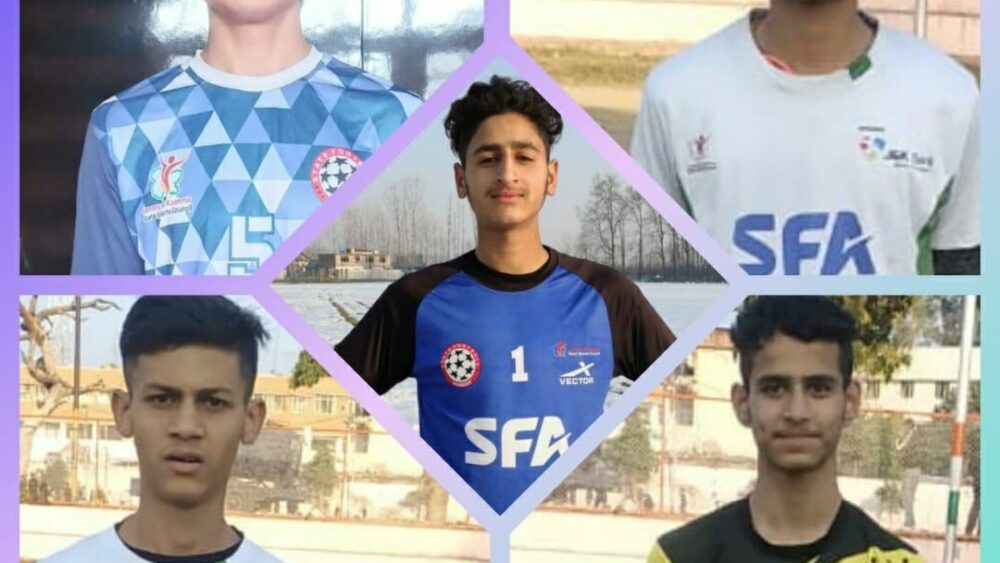 Srinagar: In a significant development today five of the academy products of J&K Sports Council Football Academy have been shortlisted to join U-15 Indian National Selection/Coaching Camp.

It has been another feather in the cap of SCFA who have so far already given two Junior India Internationals for U19 and U16 age groups namely Sajad Hussain and Suhail Ahmed and alongside producing a full batch of senior players who are playing for different senior clubs in the Union Territory as well as the country.

These 5 players have been groomed and developed by the technical staff at SCFA and have been scouted at very young age. SCFA is aiming at the development and providing of much needed platform for different age groups.

The players are namely Arun Sharma, Tajamul Islam, Jehangir Ahmed Shagoo, Ishav Sajgotra and Parth Dewan. They will be reporting soon for the National Camp to be held at Kalinga Orissa.