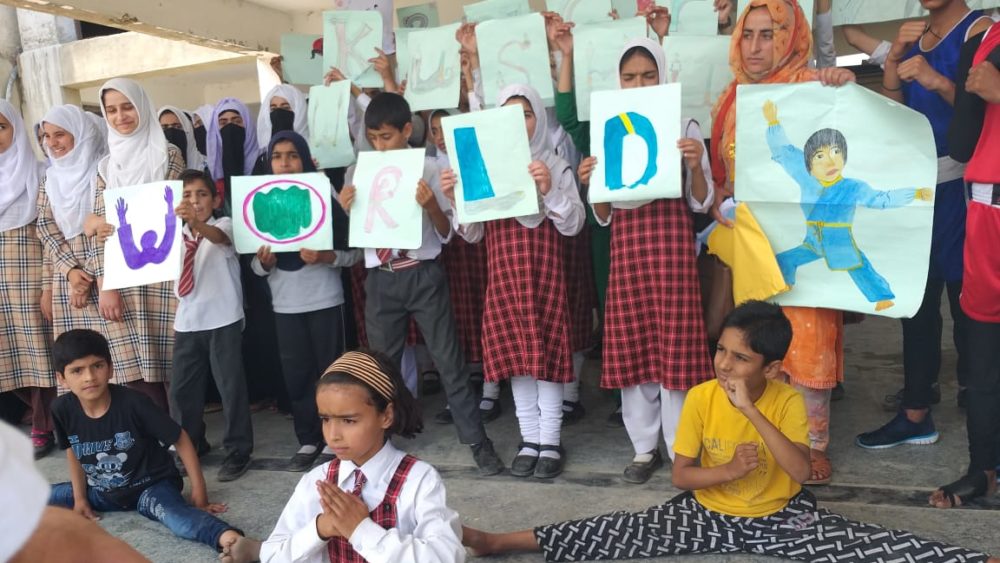 World wushu kungfu day was celebrated World wide vis-vis Jammu and Kashmir also celebrated World wushu kungfu day with great fervour and enthusiasm.
All most all the districts of the state celebrated the day in different schools and clubs. Mostly in Kashmir province all the districts of the state celebrated the day and  all the district units conducted the events and distributed prizes among the winners.
The wushu Association of j&k celebrated the Function in both the capital cities of the state I.e Jammu and srinagar.
In srianagr the Function was held at Sheri kashmir indoor stadium.The manager indoor stadium was the chief guest on theniccassion,he encouraged wushu players and appreciated wushu association of j&k and district srinagar assockatio  for the commendable job. In Jammu the Function was organised at MA stadium, the wushu players showed some wushu stunts during the Function , the coaches and the official of JKSSC were also present on the occasion.
In Bandipora,  deputy commissioner Shabir iqbal was the guest while as SSP  Bandipora was the guest of honour.
In Baramulla the Function was held at degree college, in which the principal distributed the prizes among the winners. In Budgam the Function was held at Soibugh and organised one day event and later distributed certificates among the winners.
Udhampur.and samja district also cebrated the Function with great fervour. The office bearers of the association e courage the youths of the districts to learn wushu for the better future.
J&K Police central wushu team also organised the Function at srinagar,in which the sports officer distributed the prizes among the winners.
Sh. Vijay saraf (President)  and Vice president and Member BCCI Sh. Ranjeet kalra congratulated the wushuists across the state on this occasion and said that wushu is the promising sports in the state and hope that 02 players will bring laurels for the country Nd state in the 18th Asian Games.they also wished best of luck to the Indian wushu team for the Asian Games headed by Kuldeep Handoo (Chief Coach)