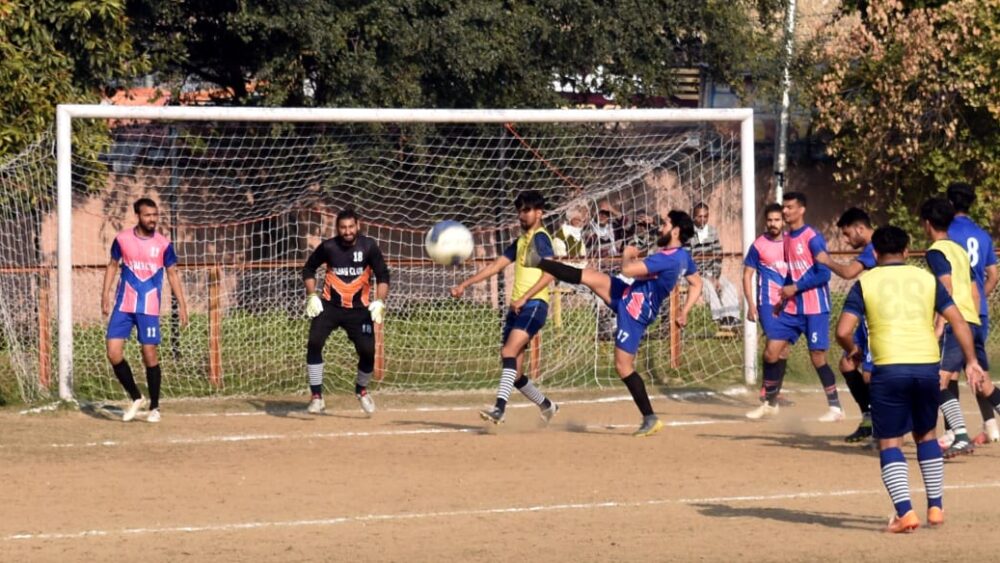 The 1st match was played between United Club and NGR Football Club, where the United Sports Club played the better game and won with the score-line of 4-1. The highest scorer of the match was Sumit Sharma who scored two goals, Munish Manhas and Biswajeet Jeena scored a goal each for United Club.

In the 2nd Match, fortune favored the Young Rovers Football Club and match was decided in their favor after defeating Vijay Football Club by the score-line of 4-2 goals. Rahul Sharma was the leading scorer of the winning team with two goals and other two goals were scored by Munlizer Mehandi and Rizwan Angdo.

Rohit Bhat from the Vijay Football Club played an excellent game and scored two goals for his team.

The Matches were witnessed by the large numbers of locals, sports enthusiast besides the participants who encouraged the players and appreciated J&K Sports Council for its efforts to promote sports and games in the UT of J&K.