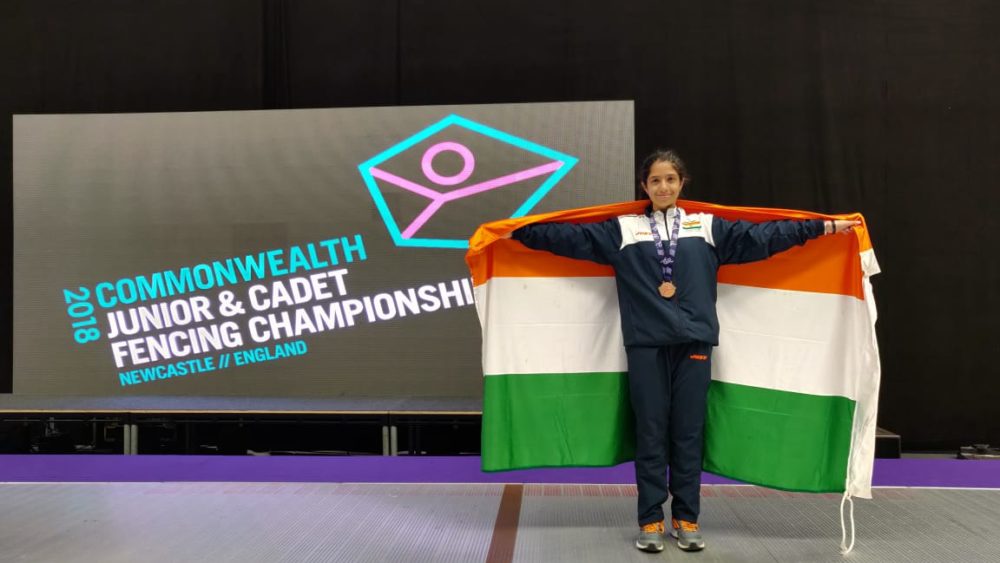 JAMMU: Continuing her stupendous performance in national and international events, Shreya Gupta, a prominent ace fencer of J&K has brought laurels and glories to the state by winning a bronze in Sabre event in the ongoing Commonwealth Cadet And Junior Fencing  Championship At Newcastle, England being held from July 23 to 30 July 2018. By winning the medal at this international level, Shreya has added a feather in her cap due to her performance with flying colours.

Shreya gave a thrilling display of her performance in all the matches and thereby helping team India in winning a medal. After securing number 1 ranking in selection trials held at WTC-SAI, Aurangabad Maharashtra, Shreya attended a two month training camp at SAI-Aurangabad before leaving for the Commonwealth championship.

Shreya recently brought laurels to the state by representing India in at Championship held at Dubai from Feb 23 to Feb 26 2018. Because of her excellent performance in national fencing championship in Gwalior in October 2017, she was declared the best national fencer of the championship.