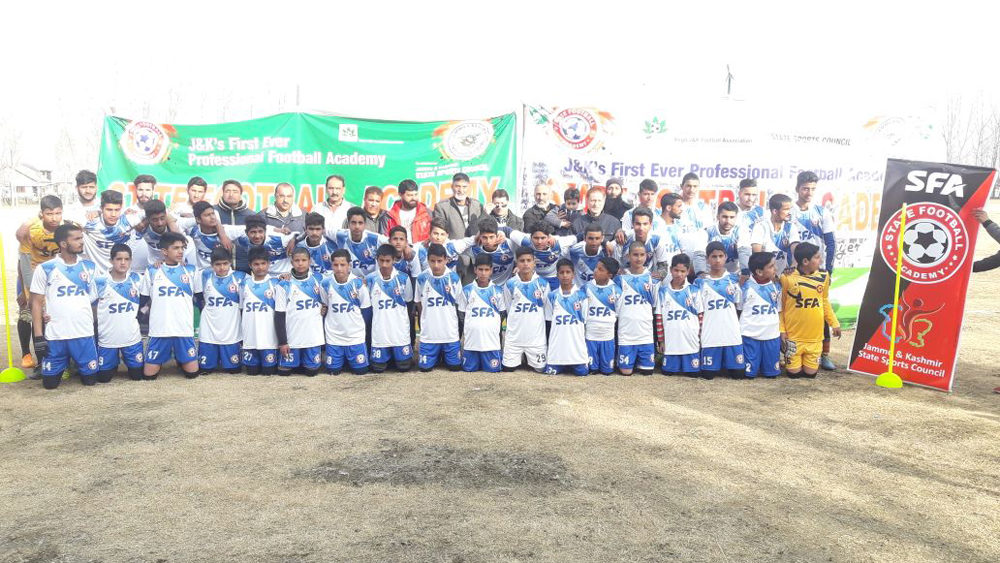 Meanwhile, the objective behind opening district football units and football learning schools is to provide platform to talented and budding footballers from far flung areas besides to harness and nurture raw talent from grassroot level across the state.

During the inauguration ceremony, Khurshid Ahmad addressed the gathering and hailed the initiative taken by JKSSC and SFA for opening its district football units. He also encouraged the players to participate in games and sports.

“It is a good step and kids can take part in co-curricullar activities that will keep them physically and mentally fit.”

Technical Director, Sajid Yousuf interacted with football enthusiastics and told them to get benefitted from these units. He said, “In these football units we will provide you (footballers)  professional coaches who will train you on modern lines and SFA will provide you platform to showcase your talent in different competions.”

Meanwhile, launching of these units received overwhelming response from locals and footballers and appreciated the initiatives taken by Secretary Sports Waheed-Ur-Rahman Para besides Executive Officer and other Officials from Council and SFA.