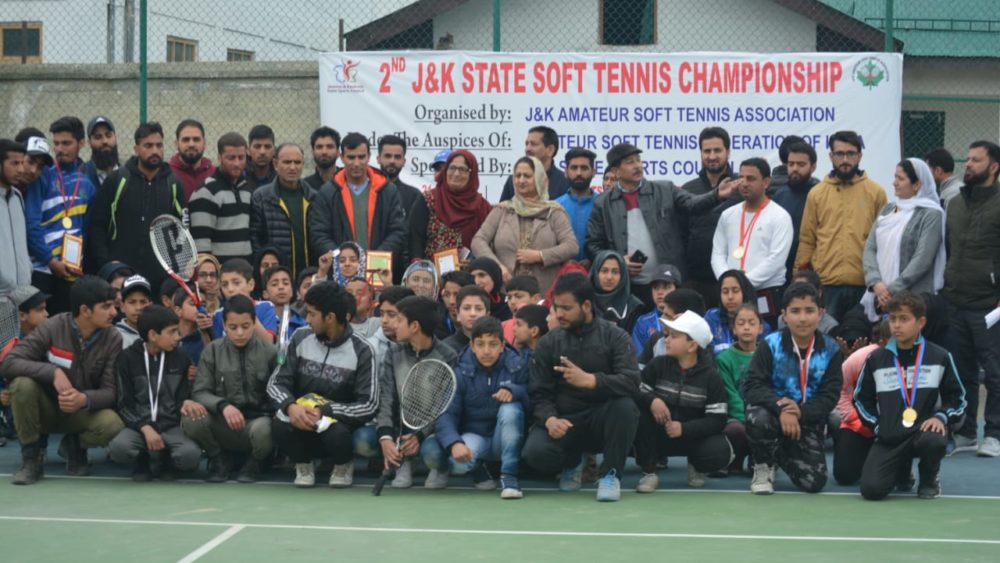 Srinagar: The concluded function of 2nd J&K State Soft Tennis Championship was conducted on 21-03-2019 at Multi Sports Activity Centre Gindun Stadium Rajbagh Srinagar.
Mrs. Nuzhat Ara was the Chief Guest on the concluded function. The Chief Guest distributed the Medals, Trophies and Mementos among the best players of Senior, Junior and Sub-Junior (Men/Women & Boys/Girls) players.
More than 170 players from all over the districts participated in the championship. Mr Gh. Hassan General Secretary J&K Amateur Soft Tennis Association, other office bearers of the Association and other officials of Sports Council were present on the concluded function.
The General Secretary of the Association emphasized the hard work of the Players for batter performance for participation in National level Championship being organized by the Amateur Soft Tennis Federation of India from time to time.
Among others all the District Unit heads were present on the occasion. The championship was conducted under the auspices of Amateur Soft Tennis Federation of Indian in Collaboration with/Sponsorship of J&K State Sports Council.
The General Secretary J&K Amateur Soft Tennis Association thanked the Chief Guest, Guest of honours, all District unit heads office bearers and Officials of Sports Council for their presence on the concluded function.