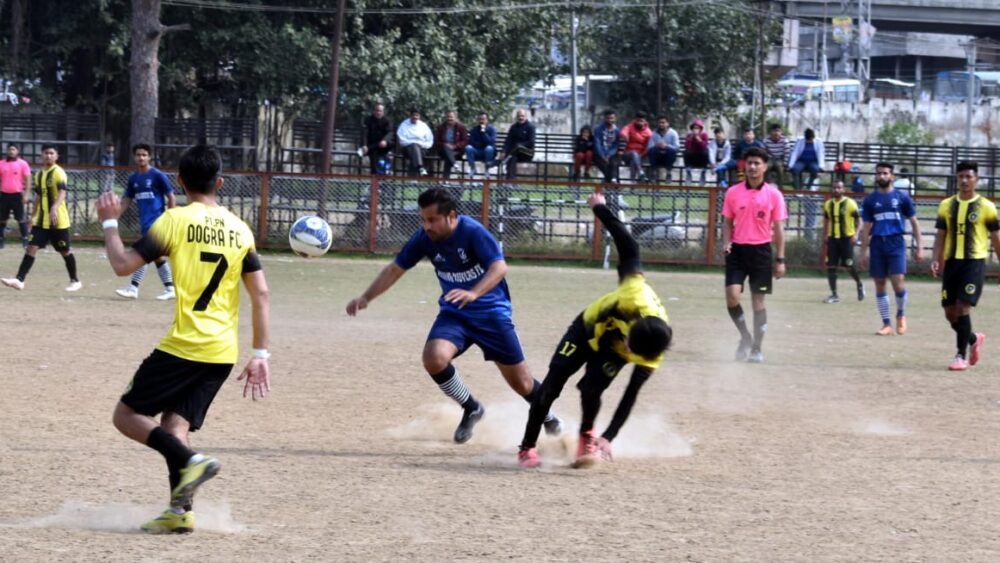 The tournament is being conducted under the supervision of Ashok Singh, Divisional Sports Officer, JKSC Jammu and Satpal Singh Chief Football Coach. Vikram Randhawa, chairman Pandit Prem Nath Dogra Football Club interacted with the players of both the teams before the start of the matches and appreciated the efforts of the Sports Council in organising the sports events in the UT J&K.