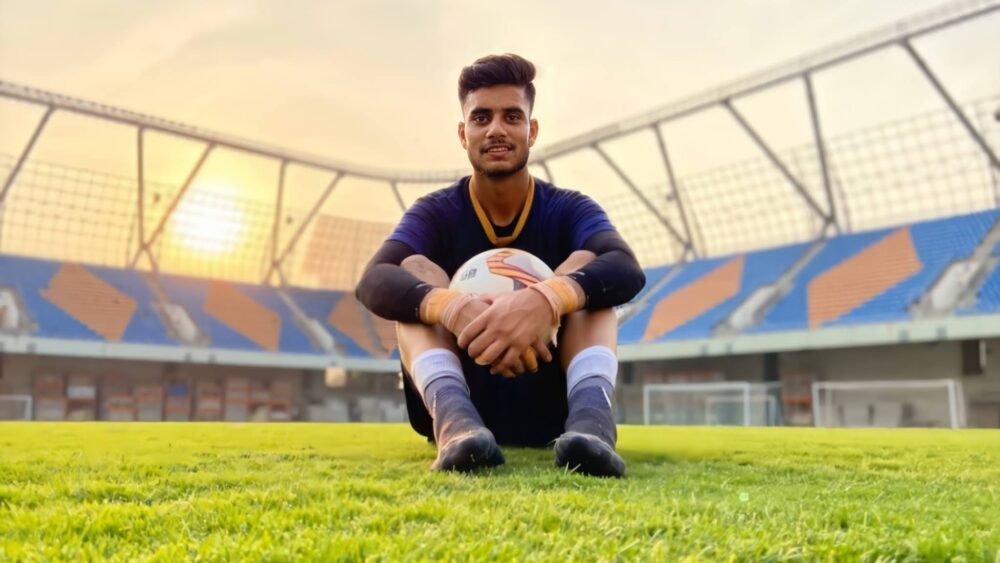 Muheet Shabir: Boy from the Srinagar geared up for Indian Super League debut

Kerala blasters FC had bought the 19 year old  custodian from the land of unimaginable beauty, Srinagar in Kashmir earlier ahead of 2019-20 season.

Muheet had been instrumental for the team’s success in Kerala Premier League who holds the advantage of his height & reflex as his peculiar strengths. His talent has been rewarded as he is set to be among the club’s squad for the upcoming Indian Super League. The  lad will be available in the goalkeeping department along with Prabhsukhan Singh Gill, Albino Gomes and Bilal Khan.

The young goalkeeper started playing football at the age of five and his parents supported him well. Muheet started out of Jammu & Kashmir state football academy and emerged as one of its finest products.

Ishfaq Ahmed made the way for Muheet to the Kochi based club when he was playing in the state football academy. Watching him playing, Ishfaq got impressed and asked him for trials.

It was a big change for Muheet to play in Kerala in terms of the climatic conditions. He expressed his amusement on playing in high humidity in contrast to the games he played in snow.

Talking about his first year at the club and the victorious Kerala Premier League sint,  Muheet said:

“It’s just an amazing feeling that went through me to leave home and represent another state, followed by a trophy winning campaign. Everyone supported us a lot especially my goalkeeping coach Yousuf Ansary who was really good”

Like all the young goalkeepers, Muheet aspires to be the first choice goalkeeper of his club’s ISL lineup, but at the same time he feels it as a tough task as he is with three senior goalkeepers who are more experienced than him.
“Yes, it’s tough , Iam here with three senior goalkeepers who are very much experienced than me. I would like to learn from them. But obviously I aim for being the first choice goalkeeper here in  Kerala Blasters. I dream the position not only for me but also for my father.”

Muheet along with his teammates have been in quarantine day four after entering the bio-secure bubble in Goa when he spoke to INU. He told that team members have been strictly practicing social distancing which can often affect team unity and they as professional players have to meet this challenge. The team members attends Zoom fitness sessions in the hotel and is under the surveillance of the club and Indian Super League crew.

Muheet has told INU that his role model is his father and takes his inspiration from him who was also a footballer in Jammu & Kashmir. He also expressed his sincere gratitude to his mentors who are behind his success.

“I would like to say that there are some men whom I look at with atmost respect who backed me in my journey. They are my father, Mehrajuddheen Wadoo, Sajid Yousuf Dar, coaches Ishfaq Ahmed and Yousuf Ansari. They supported me a lot” Muheet said humbly.