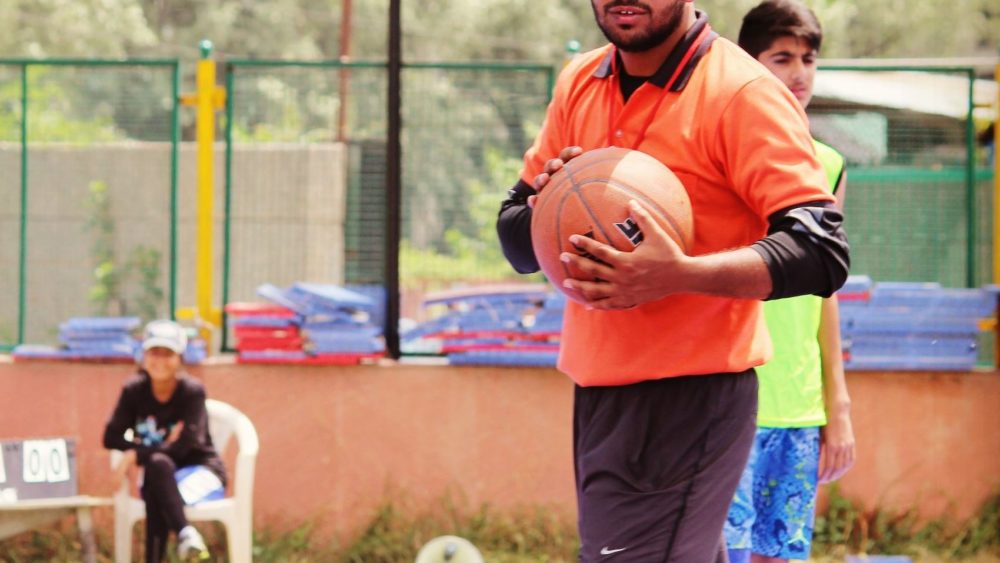 SRINAGAR: Meet Ghulam Mursaleen Mir, valley’s first Basketball Coach, who captivated the youth to play basketball and changed the scenario of the game in the valley. Mursaleen, 23 year old, a resident of Srinagar, has been promoting basketball game by organizing various tournaments in the valley.

“From childhood, I was all after about this game and make it popular among the youngsters of my state,” said Mursaleen, valley’s solitary basketball professional coach.

“Being a technical head for various leagues and tournaments, I organized the Summer Basketball League at Indoor Stadium, Kashmir Basketball League at Kothibagh, with the help of Secretary, Sports Council,” said Mursaleen adding, “these were the first of its kind in the years 2017 and 2018.”

Apart from tournaments Muraleen has been on forefront organizing various coaching camps including camp at District Pulwama in 2016, Summer Basketball Coaching Camp in 2017, Summer Coaching Camp in Kashmir Division in collaboration with DRIBBLE Academy, Noida.

Mursaleen is a basketball trainer with J&K State Sports Council from 3 years and in past, he has been trainer at Burn Hall School, trainer at Green Valley School. He has also been to prestigious NS NIS for Six Weeks Certificate Course in Basketball Coaching.

He was a student of the Burn Hall School and instead going for professional course after completing his schooling, his passion led him to train the valley’s youth in the forgotten sports discipline: Basketball.

Mursaleen is also the recipient of various awards at different levels. “I love my job more than anything else. Awards doesn’t matter to me, what matters is-my players shine at top competition levels.” Said Mursaleen.