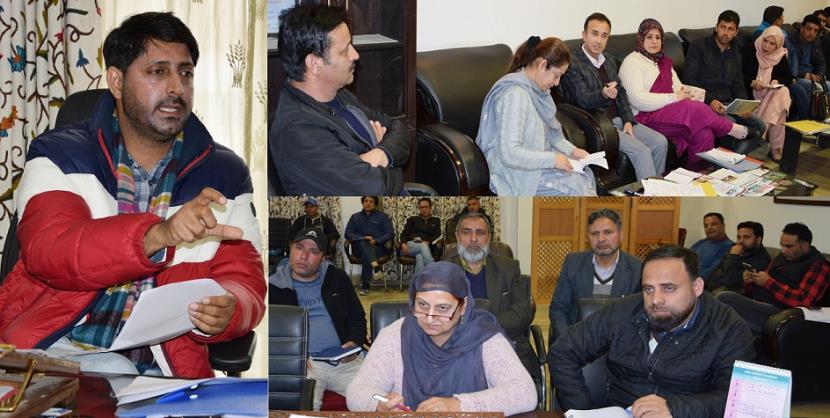 The meeting was informed that all arrangements including stocking of equipment, accommodation for players and media persons, transport and other arrangement have been put in place for the smooth conduct of the event.

The meeting discussed the arrangements for inaugural and concluding ceremonies in detail. It was given out that JKAAC&L will organizes cultural events during the inaugural ceremony and throughout the event depicting traditional and folk art of Jammu & Kashmir.

The Secretary asked the concerned to remove bottle necks, if any and asked all the stockholders to work in tandem to make the event a success. He said that the event will go a long way in reviving the glory of Gulmarg and will increase the tourist footfall in the ‘world famous ski destination’ besides giving flip to the adventure tourism.

He said that during the event various winter games will be played including Alpine, Nordic, skiing, snowboarding, snow rugby, snow baseball, snow mountaineering and snow cycling.