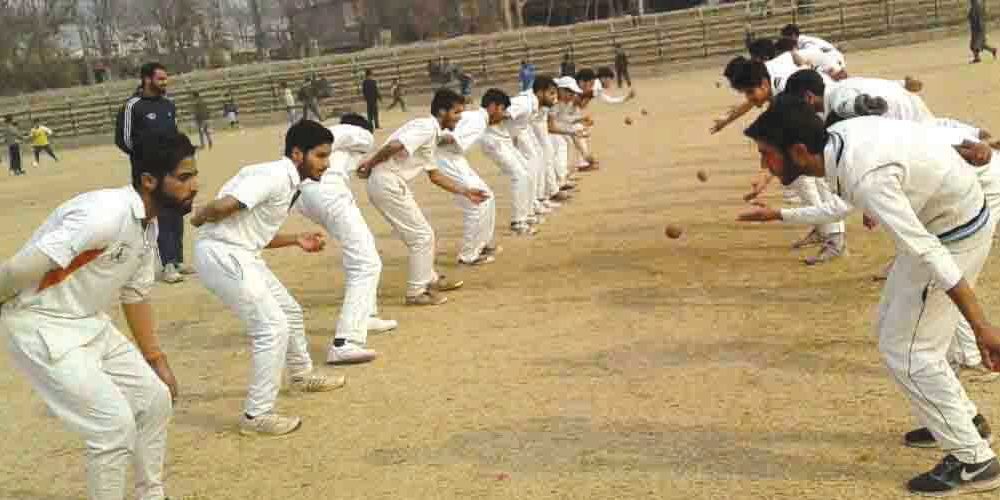 Man of the Series award was given to Ishfaq while as Asrar was adjudged Man of the Match.

Secretary YS&S Sarmad Hafeez gave away the trophies and cash prizes to winning and runner-up team. He congratulated both the teams for making into the finals and entertaining the cricket lovers by their game.

Reiterating the government’s commitment in up-gradation of sports infrastructure in the state, he said that various initiatives have been taken in this regard and every possible step is being taken to encourage the youth in taking participation in sports activities.

He said that such tournaments are helping the budding cricketers in getting a platform to display their sport talent. Department of Youth Services & Sports is in the process of identifying the talent among the youth and specialized coaching is also being provided to them to further excel at national and international level.

Sarmad Hafeez said that the youth from our state has immense talent. This talent only needs proper training/coaching which JK Sports Council & Sports Department is taking care of.

On the occasion, Secretary YS&S also felicitated the budding cricketers below the age of 10 and wished them best for their future. He appreciated the efforts of the organizers for organizing the tournament and giving opportunity to the players.

New Delhi, Oct 22: adidas India today announced its official partnership with Real Kashmir Football Club (RKFC), the first football team from the valley to qualify for the country’s top tier I-League.  Beginning with the 2018-2019 season, adidas will become the official kit partner for the club. Leading the way as partners beyond kit sponsorship, adidas India aims at redefining the ‘Real’ Kashmir through the lens of sports and becoming the proponent of changing lives in Kashmir through football.

Real Kashmir FC has been rewriting the story of the valley by aspiring to bring positive change to the state. The club earned a promotion to the 2018-19 I-League in only two years of its inception, with a victory over Hindustan FC in 2017-18 I-League 2nd Division. Furthermore, the club has a progressive vision and is the only club in the state to have a first team and a robust academy setup that includes Under 19, 15, 13, 9 teams.

Speaking on this significant partnership, Dave Thomas- Managing Director of adidas Group, India, said, “Through sport, we have the power to change lives and the Real Kashmir team is a great example of this. Real Kashmir and its players have shown dedication and perseverance under difficult circumstances and we are proud to support them as they create history”.

Co-owner of the club, Shamim Meraj said, “At Real Kashmir, adidas is not just a sponsor. It is the first global believer in the talent and passion of RKFC. adidas is our partner, and truly an integral part of RKFC and through that of J&K”. “With a global player like adidas as our sponsor, RKFC is being recognised as a potential winner. adidas’ winning way will surely rub off onto us”, added Sandeep Chattoo, co-owner RKFC.

Further emphasizing on adidas’ initiatives to promote football in Jammu & Kashmir, Sean Van Wyk, Senior Marketing Director at adidas India said, “At adidas, we believe that through sport, we have the power to change lives. And what better way to make a difference than join the journey of the young and empowered Real Kashmir Football Club (RKFC). Being the torchbearers of positivity in Kashmir, RKFC kicks off the season in the top division. Real Kashmir has created history and we wish RKFC the very best and look forward to encouraging the youth towards building a healthy sports culture in the country.”

In the last decade, adidas has consistently invested and created new opportunities to inspire young creators through initiatives like the FC Bayern Youth Cup and adidas Tango League, and has created world-class facilities like adidas Base to develop football infrastructure, as well as sponsored programs like the Mission XI Million to boost and nurture grassroots football in India. The partnership with RKFC adds to the adidas local asset portfolio, which also includes some of India’s best players like Eugeneson Lyngdoh, Rowlin Borges and CK Vineeth who wear the 3-Stripes with pride.