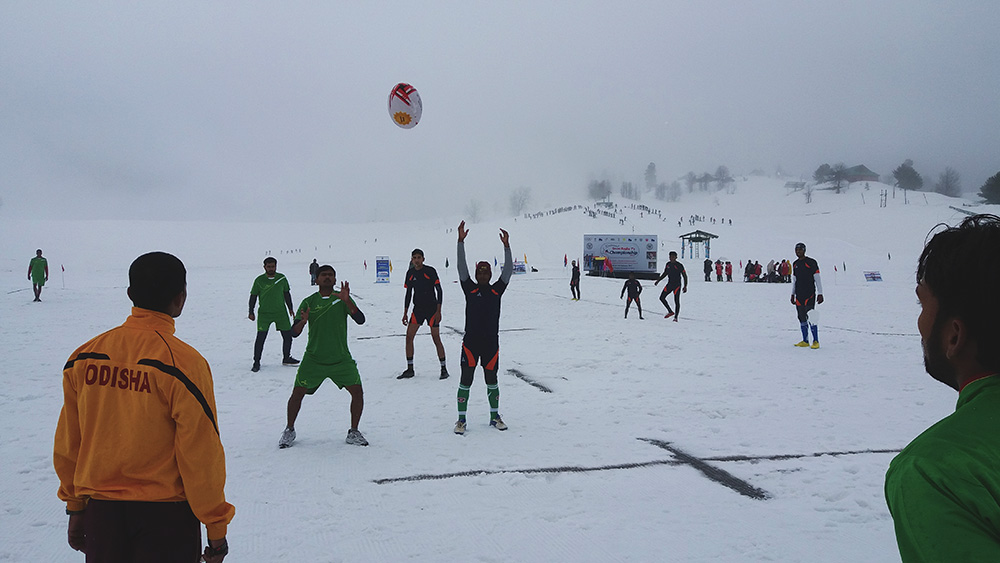 Speaking on the occasion the chief guest said the Snow Rugby is a unique event and I appreciate J&K Rugby Association for holding this mega event in Kashmir.

The J&K Men register it’s first victory by defeating Rajasthan by 15 /0. The second match was played between Chattisgarh and Punjab and where Chattisgarh won by 5/0 score line. In another match Bihar beat UP by 17/0 scoreline.

The 2nd match of the J&K Men is with the Jharkhand. The championship was organised by state Rugby Association and sponsored by J&K State Sports Council.