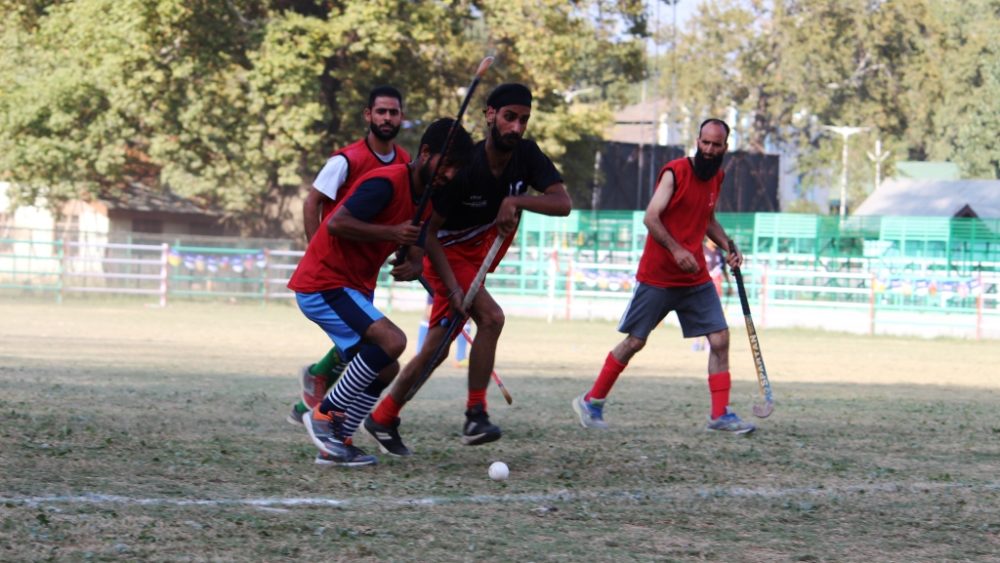 Down Town Hockey C’ship from tomorrow

SRINAGAR: Down Town Hockey Championship is being held at Srinagar from November 10.
The Championship is being organized by Hockey J&K and it would conclude on November 16.
Arrangements for the Championship were reviewed by Senior office bearers of Hockey J&K in a meeting held here today. The meeting was chaired by Joint Secretary of Hockey J&K, Raja Ghulam Nabi Wani, Treasurer Gurdeep Singh and other officials.
While addressing the meeting, Raja Ghulam Nabi Wani disclosed that more than 12 teams representing from Kashmir valley would be participating in the (7) seven day long Championship. The Championship would be played at Waris Shah Khan ground inside Kathidarwaza in Srinagar and this Championship is being played under the aegis of J&K State Sports Council, he added.
Prominent, who also attended the meeting were Rafiq Baba, Sheikh Amin, Avtar Singh, Advocate Raja Wajid, Mohammad Ashraf Mughloo and others.