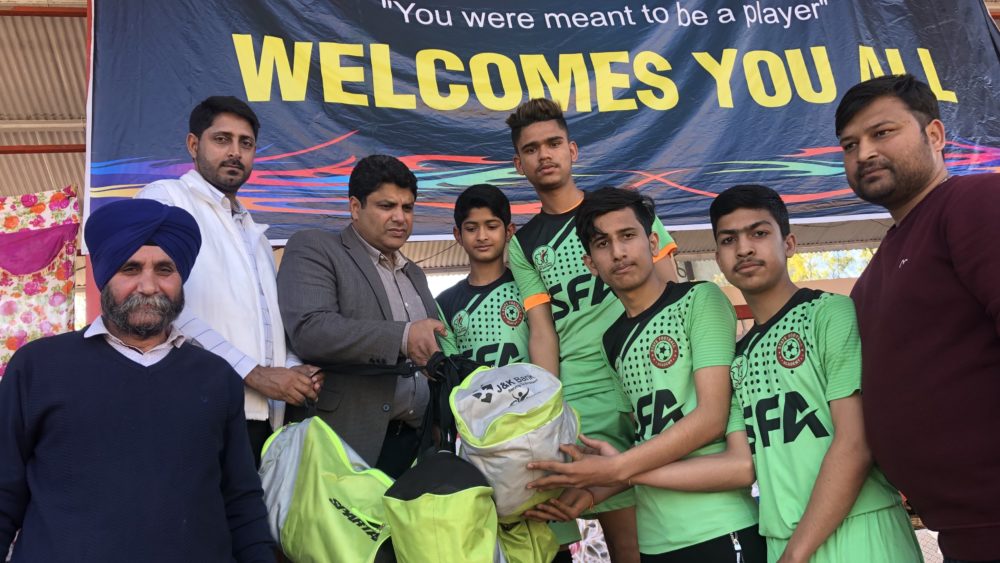 March 6, Jammu: J&K Sports Council is organising youth football league in all districts of the State reaching out to the far off places with the aim of spreading sports in every nook and corner of the State.

On the opening day two exhibition matches were played in both boys and girls category at Parade Ground Jammu. The format of the competition is round robin league system in which matches will be played on home and away basis in all districts in both the genders under the age group of under 18 years. The competition shall be played in all 3 divisions of the State and all the matches shall be played under the aegis of JKFA and rules governed by AIFF.

Later at the function Chief Guest also distributed the Football Kits to all the participating Teams from Jammu Province.