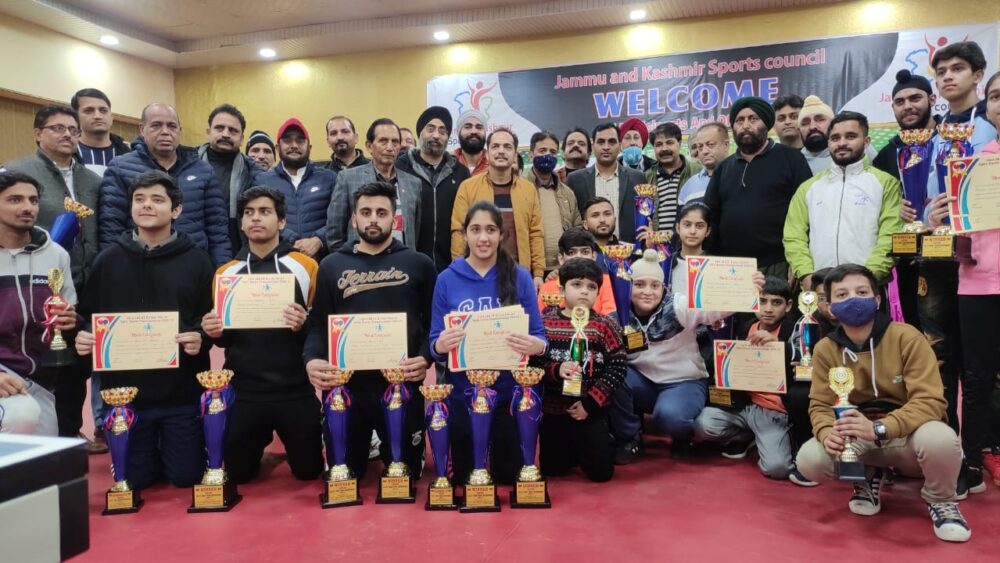 Jammu: Ritvik Gupta defeated Asad Sharma 3-0 in the finals of the Men’s Singles whereas Ragini Gupta emerged winner in Women’s final defeating Iknoor Kour by 3 games to 2. The Men’s final was a tough contest with both the players giving all they had but Ritvik closed on the final in style to take the match and championship by 3-0 in the 43rd Stag J&K UT Table Tennis Championship 2020 organised by J&K TT Association under the aegis of TTFI in collaboration with J&K Sports Council.

Earlier In the Men’s Semi Finals Rityik Gupta held his nerve and ended the dream run of Mehboob Ilahi of Srinagar who played his heart out throughout the tournament causing some of the biggest upsets but couldn’t get through the challenge of Ritvik Gupta. In the other semi final Asad Sharma defeated one of the senior players of the UT of J&K Sandeep Khadotra by 3.1.

The chief guest on the occasion was Dr. Zaffar lqbal, KAS (CAO), who witnessed the final match and distributed the prizes amongst the winners. The chief guest also congratulated the organisers for a successful tournament during these challenging pandemic times and hailed the sportsman spirit and the efforts put in by the participants. He assured the association of any help what so ever for up-lifting the game of Table Tennis in the UT and also motivated the emerging champions to give their best in the national level events also.