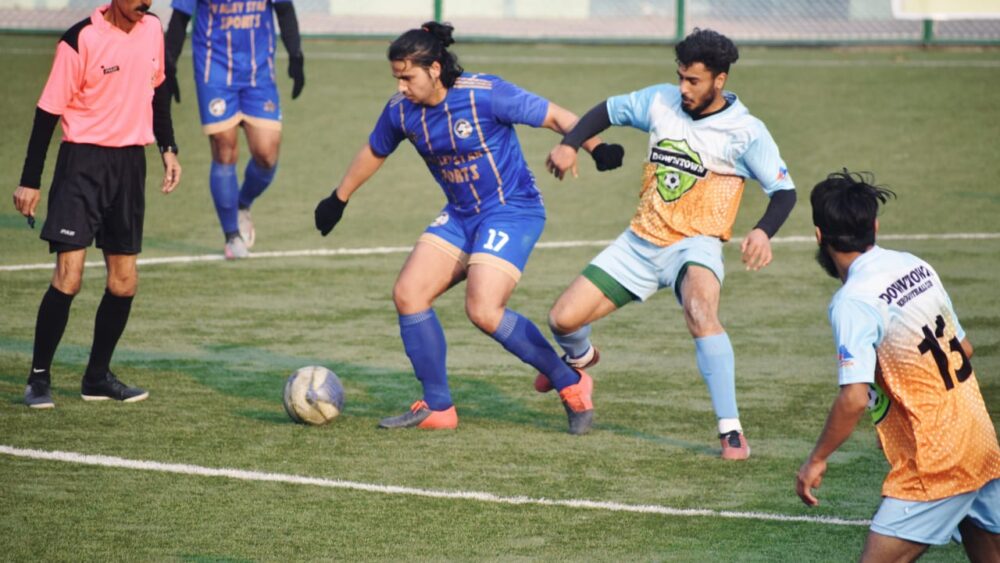 On last day of the competition two matches were played in football discipline at Synthetic Turf Football Stadium Srinagar. In the first match played between Arco FC and Food and supplies, Arco FC dominated most of the game and won the match by 2:0.

The second match of the day was played between Hyderya FC and Downtown Heroes FC. Both the teams played attacking football and the fans enjoyed and cheered for their favourite team. The match ended with the win for Downtown Heroes by 1:0 goals.

The players as well as supporters of all the disciplines appreciated the initiative taken by J&K Sport Council in conducting Premier League despite severe chilling weather conditions. It was nevertheless a treat for all participants to play in recently raised sports infrastructure.

Phase 2 Competition schedules shall be made public for spectators very soon.