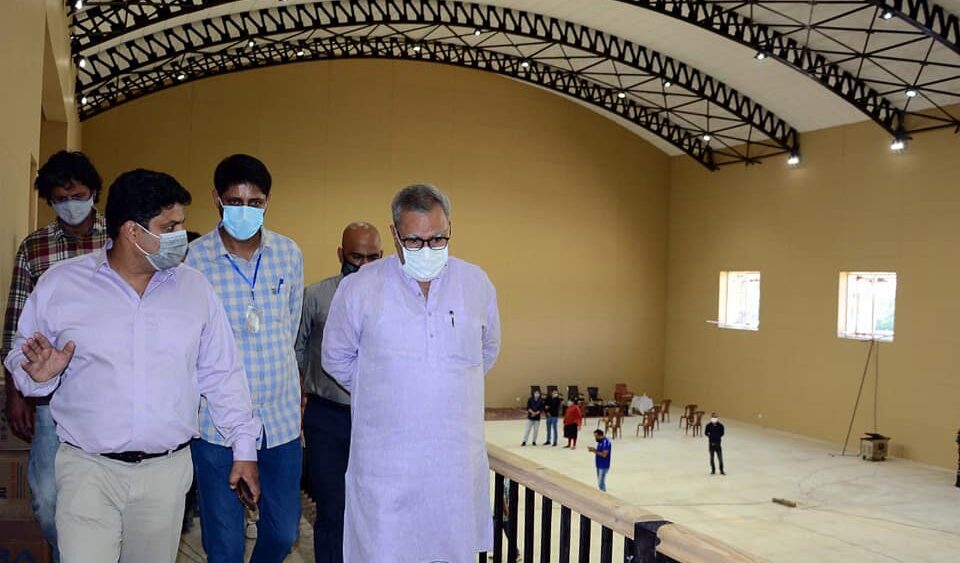 During his visit to Multipurpose Indoor Sports Hall Polo Ground, Advisor Khan inspected various sections of the sports facility and had a firsthand stock of the ongoing works.

He directed the concerned executing agency to pace up the remaining works at the sports hall so that the facility would be dedicated to the sports persons and other players at the earliest.

On the occasion, the Advisor was briefed that the sports hall will relieve burden of Srinagar’s lone Indoor Stadium and will have facilities for playing many indoor games like Judo, Badminton, Martial Arts, Table Tennis etc.

The Indoor hall is being executed by the Jammu and Kashmir Sports Council at a total cost of Rs five crore. Advisor Khan also inspected the nearby Football, Hockey and Rugby fields and was told that synthetic turfs are being laid at Hockey field and other renovation works would be executed soon for Football field as well as Rugby field.

Advisor Khan also directed the concerned engineers to preserve the aesthetic environs of the hall which also houses Football, Hockey and Rugby fields.

Later, the Advisor also inspected the Water Sports Center at Nehru Park where he took stock of the renovation works and inspected different sections of the sports facility.

The Advisor also interacted with the water sports players who have won laurels at various national and international games.

The Advisor directed the concerned officials to identify a place and to hire a consultancy agency for laying artificial watercourse for holding slalom water sport.